I’ve been looking forward to receiving my courtesy copy of the March/April issue of Texas Live magazine, which includes an article on my exhibit, Apron Chronicles, and its showing at the National Cowgirl Hall of Fame in Ft. Worth. What I hadn’t anticipated was the spread would be so extensive (4 full color pages!) and introduce 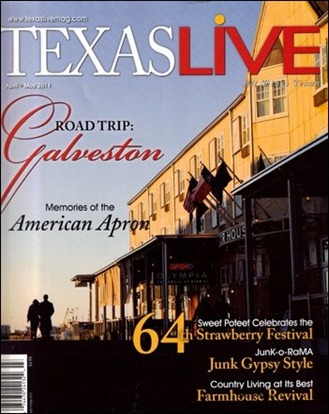 readers to the exhibit through the stories and images of Miss Ada Florence Ashford, Jean Latka and Emily Prager, three of the storytellers. I always tell people that if they can’t see the exhibit in person, the next best “viewing” is via the exhibit’s catalogue. 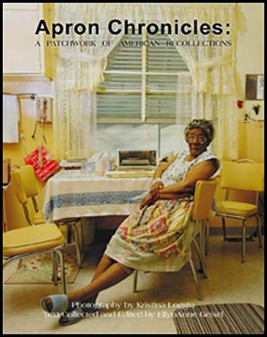 Texas Live magazine has done such a superb job, I can now add a second source.

A month ago, I posted the article I’d written about my apron journey that was published in this magazine: 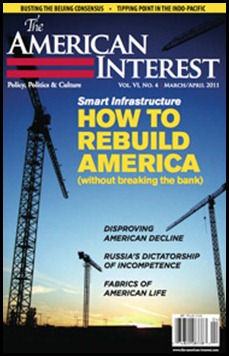 With every article, whether I am the writer or not, I supply a selection of photographs and stories to accompany the piece. I never know which pictures and stories will be selected, most often, not until the article is actually published.

I loved the three storytellers chosen for The American Interest piece. Due to editorial decisions and space, the snapshots I provided for two of the storytellers weren’t published. I’m sharing those with y’all so their voices might also resonate visually.

Mrs. Martha Marie B. Pugh had written a letter to me in the most gorgeous cursive. When I mentioned her exquisite handwriting to Drucilla, Mrs. Pugh’s daughter-in-law, she said such grace was extraordinary, given the tremendous starkness of her mother-in-law’s young life in Pawnee, Oklahoma. 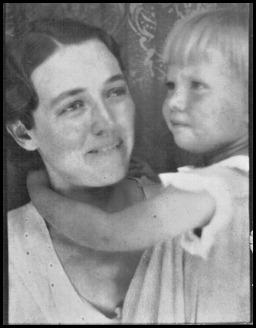 “I was born in 1931, during the Great Depression. Santa did not show up at our house with a big bag of gifts; my parents, however, did see that we got at least one gift.

The Christmas when I was 4 years old, my gift was a little pink apron trimmed in white rickrack. I loved it and showed it to everyone. It meant so much to me, I wore it until it was falling apart.

That little apron was such a sacrifice for my parents. I can’t imagine what they did without so I might not be disappointed on Christmas morning.

It was my best Christmas present ever.” 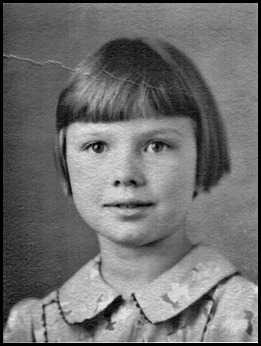 From such a hardscrabble world, Martha Marie Barnes would later travel the world, visit England and be presented to the Queen.

Bennie Carrico Swanson was one of the first 46 people to come upon me and my basket of aprons as I traveled on my apron journey. Our paths crossed in 2002, the year her mother, Neva Carrico, died. Bennie’s sadness was still fresh, and through tears, she told me that she and her mom, “…will always be connected by loving apron strings.

Bennie’s story about her mother is so touching and inspirational, that I’m including the entire version, as it is represented in Apron Chronicles, the exhibit. 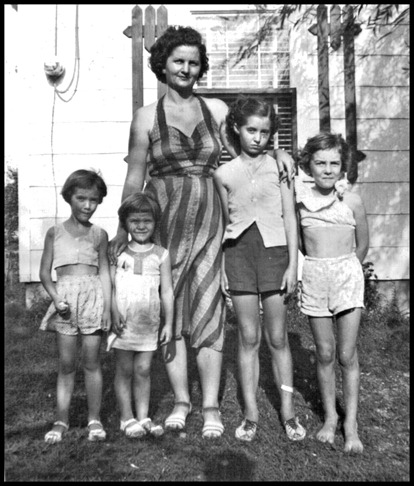 “My mom was a smart and resourceful woman who handled difficulties with style and grace. Twice in her life, she pulled herself together and faced her future bravely. When my own life gets bumpy, I think of Mother for inspiration.

When Dad died of cancer at thirty-eight, Mother had to raise four young daughters by herself. A beautiful woman (she once won a beauty contest), Mom kept our little family going by working in a bakery. After a long day scrubbing floors and cases, she still had the energy to run a house, sew our clothes and sing. She knew the words to a million songs, and Sunny Side of the Street was a favorite: Grab your coat and get your hat, Leave your worries on the doorstep, Gold dust at my feet, On the sunny side of the street. If she had fears, we never knew them, because she always had a song to brighten a cloudy day.

In 1980, Mom again faced her future bravely. Diagnosed with Parkinson’s disease, she had to retire from her job as a grocery checker, a position she loved and where her personality shone. With changes made to accommodate her home to her disability, she lived on her own for many years. When the disease worsened and she admitted to needing daily assistance to live her life, I began helping her more and more. Despite losing her independence, Mom kept looking at the bright side of things, and when asked how she was feeling, she almost always replied with a big smile, “I can’t complain.”

My mother and I were very comfortable together, whether we were on an outing to the doctor, doing her housework or eating lunch. It was at one of those meals that I reached into a kitchen drawer and spotted the familiar fabric of the apron I’d made in my seventh grade sewing class. As I slowly tugged it out, I was instantly taken back to 1959 and Mrs. Kelly’s home economics class. Tender feelings overwhelmed me as I realized Mother had kept the apron all those years.

Such wonderful memories are woven into the lavender checked cloth…going to Duckwall’s together to purchase the fabric for the big project, my excitement at learning to sew, the thrill of presenting the apron to her when it was completed, and how special I felt when she wore it to fix dinner.

Mothers and daughters are tied together in many ways, some complicated and some simple. These apron strings remind me of my mother’s pride in me, her unconditional love and how her face lit up when I walked into the room. I miss my mom.”

LeVeta Terzise, the third storyteller selected for TAI article, sent me a postcard seven years ago with the most endearing story typed on one side. It remains one of my favorites, for the precious innocence of a child at the turn of the century.

“In 1899 my father was six years old, and his mother was pregnant with her sixth child.

My grandmother went into labor at home on their farm. The five children were sent across the field to stay at the neighbor’s. As they crossed the field, the neighbor lady was coming to their house to be the midwife for their pregnant mother. As she walked past the children, she had her arms wrapped in her kitchen apron.

When the six-year-old, my father, returned home later in the day, he had a brand new baby sister. And he was forever convinced that the baby was brought to their home in the apron of the neighbor lady.”

When The American Interest asked if I could locate a photograph to accompany La Veta’s story, I didn’t imagine it was possible to even find her after so many years had gone by. A few quick clicks on the internet turned up a phone number for someone identically named. But doing the math, I figured the La Veta I was dialing had to be a relative, not the actual storyteller La Veta. Was I ever mistaken!

La Veta is in her nineties and doing just fine, thank you very much! I felt like I was the millionaire delivering a check when I gave her the news her story would be published. She was so excited to have her father’s favorite story on himself shared with a national readership – and she assured me she would find a photo.

And did she ever! This snapshot was taken in 1904 and the little girl wearing white…is the apron baby. 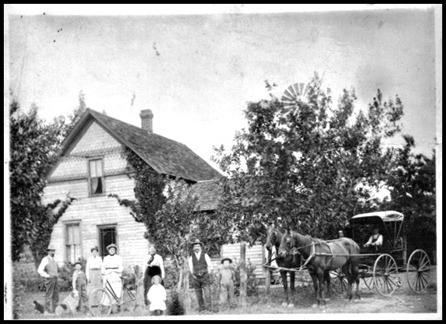 I’m always appreciative when the opportunity arises to introduce readers to the storytellers and their apron memories, for without their trust, I’d just be an apron collector, instead of the very fortunate apron archaeologist I have come to be.