My family is certifiably sports crazy. A testosterone trio, they relate through baseball’s statistics, Hail Mary passes, 140-mph serves, the World Wrestling Federation and college basketball. I never shared their obsession. Following years of dropping my sons off at fields and gyms and their dad’s solo arrival to cheer them on, an Urban Rumor began that my sons were motherless. To dispel such a notion, I began showing up at their games.

A physical presence in the bleachers, I coped with my boredom by spiritually occupying a parallel world, luxuriating in an intellectual cocoon that reflected my interest in literature, art, relationships, conversation and shoe sales.

The trio and I happily coexisted. Then the nest emptied.

With our sons’ departures, so went sports talk. Saddened to see my husband so suffer their absence, I – his loyal partner and sole reservist on the team – stepped to the plate.

My transformation into a Buddy Girl included reading the sports page and accompanying him to sporting events. Outdoor games I didn’t mind, so long as it was sunny and I could tan my legs. I tolerated arena activities by listening to books on tape. And from the World Series and Super Bowl, I learned to nap with the television on. But it was on vacation in March of 1999 that I experienced a metamorphosis.

Although our destination was Sarasota, my husband had insisted we drive to Tampa-St. Petersburg, the site of that year’s Final Four tournament. Outside the Tropicana Field, March Madness was manifested as thousands of college basketball fans attempted to buy non-existent tickets for the final games. With the price I’d once paid for a dress in Mexico as proof of my poor bargaining skills, I’d perched on a ledge while my husband hunted for a scalper. From my vantage, I watched as he’d wandered through the crowd, desperately on alert for the subtle finger wag that indicated Tickets for Sale.

By the time he’d abandoned his quest, the team’s practice sessions were beginning. Free to the public, practices are the closest the hoards can get to the actual tournament. Seated, I didn’t require my husband’s normal commentary, for I was surrounded by self-anointed sportscasters. The arena was filled with fans and the air with contagious excitement. And so began my epiphany from sports companion to fan.

The next evening, I watched my first Final Four game on television, and by the end, I wanted nothing more than to attend the 2000 tournament in Indianapolis. But with the odds of winning Final Four tickets through the public lottery too ridiculous to consider, I never dared hope. When the envelope arrived bearing an Indiana return address, I knew exactly how the rookie player feels when he’s called up to the majors.

When seen in person, the drama of the Final Four games is electrifying. Teams made up of young men on scholarships – not behemoth millionaires – scramble for the ball as though their lives depend on it. The action is fast-paced and rife with mistakes, for which the crowd audibly shares a player’s pain. And during tight games, the athletes hold hands and unabashedly cry if their team loses. What’s lost on television is a noise level fueled by good natured rivalry, not drunks (NCAA concessions are alcohol-free). Between the cheerleaders, the traveling bands, and students and alumni shouting out their school’s fight song, the noise is exhilarating, deafening and nonstop.

Attending the Final Four Tournament is not just about the games. It’s also about traveling to a large city just as spring is emerging and the hostess is a-bloom and at her prettiest, visiting her museums, eating her regional cuisine and shopping. Deluged with thousands of out-of-town guests who arrive with fat wallets and ready to party, the hostess city unrolls a red carpet of extended public transportation and a visible security presence so we feel safe.

Since Indy, we’ve attended four Final Four tournaments. And we’ve already signed up to purchase tickets for next year’s “dance” games in Denver, to which Dick Vitale would say “That’s awesome, baby!” 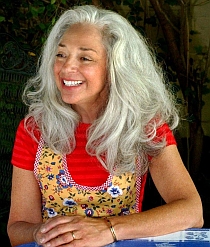