Thanksgiving morning, my mother would rise before early light to stuff, truss, bake and baste the turkey. As she cooked throughout the morning, my five siblings and I watched the Macy’s Day Parade. With the grandeur of New York City as a background (“There’s the umpire state building!”), the enormous balloon characters, the bands and synchronized baton-twirling majorettes, the parade took us a to a place we could only imagine existed.

As the final float moved into view, we shimmied closer to the television. Wriggling with anticipation, we beat our heels together to the familiar song that accompanied the final float – Here comes Santa Claus, here comes Santa Claus, right down Santa Claus lane. And there he was, waving at the crowd from a glorious, sparkling sleigh, surrounded by little elves with bells on their hats skipping around giant candy canes. Oh, to be an elf!
Many years later, I lived in New York City and watched the Macy’s parade from a window of an office building. At the invite of some long forgotten boyfriend, the perch seemed the cat bird’s seat, but proved the opposite. A parade – with its floats and marching bands and balloon characters – is meant to be experienced at ground level.
I raised my own children far from the big city and on Thanksgiving morning, as I basted the turkey and talked to myself in the kitchen, the Macy’s parade was their holiday tradition.
My boys have long flown the coop, and I don’t remember the last parade I’d watched until two years ago when my youngest sister and I took a road trip to Beaufort, South Carolina, our father’s hometown and where he is buried. The timing of our sojourn was to honor Daddy on the tenth anniversary of his death.
Checking into the Beaufort Inn, Carol settled into our room for a 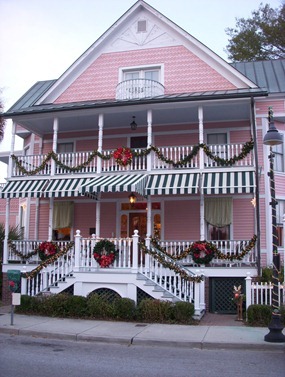 nap and waved me off to explore Beaufort’s historic downtown. A two block walk, and I was on Main Street, where surprise! surprise! the annual Christmas parade was about to start.
Taking a spot on the sidewalk, the flatbeds rolled past, followed by 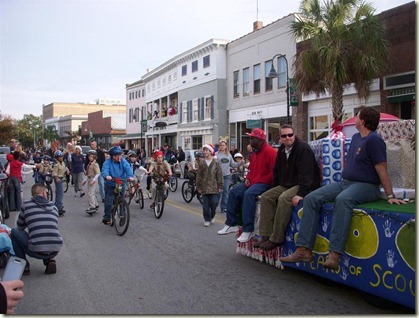 bicyclists, skateboarders, and a stroller brigade of mommies pushing their babies… 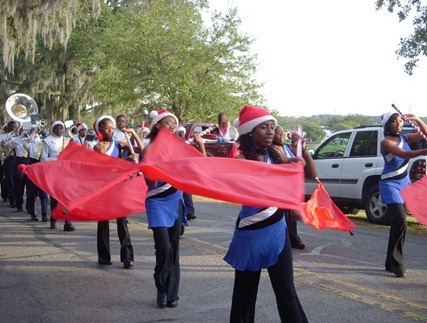 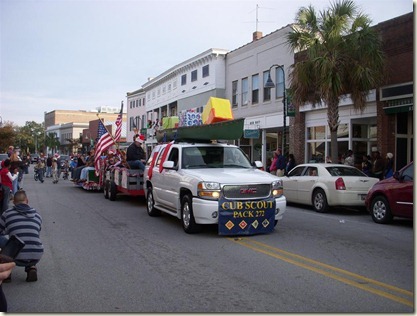 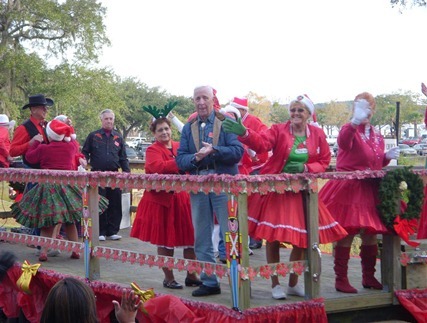 Trucks with children and… 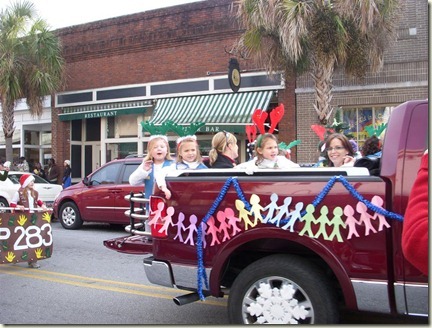 a tractor pulling pets and their people. 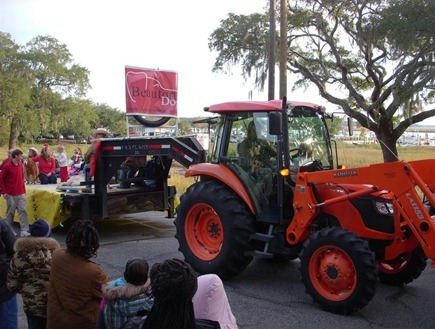 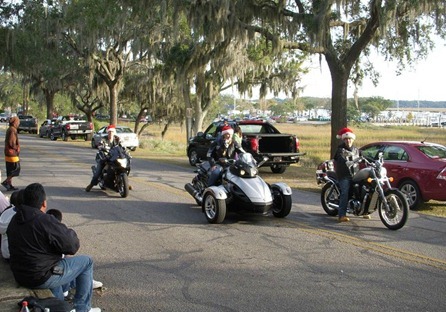 The excitement that greeted Santa on his three-wheeler, surrounded by elves on Harleys was immense. The waving from the crowd, the squealing of children…you’d have thought this Santa was the real Santa. And in small-town America, he is.
xxea
Tie One On…an apron, of course!