I met Mark Lipinski several years ago at the Road to California quilt show. Thousands of people milled about the aisles, but it was Mark who stood out – not because he’s a guy at a predominately female expo, but due to his enormous personality and hilarious take on the quilting culture. Visit his website to read of his reincarnation from television producer to darling of the quilt scene to international quilting star to Creative Mojo.

As “Creative Mojo,” Mark interviews an eclectic assortment of guests via his weekly 2-hour radio show. My interview ran December 22nd, and I truly consider it one of the best Q/A I’ve experienced. Why’s that? Because Mark really listened to my responses to his questions and laughed when I made a joke.

I’ve been invited to co-host a show with Mark! A real temptation, I must say. 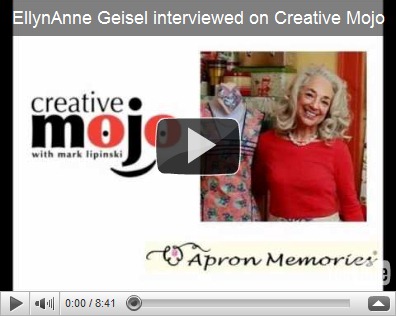